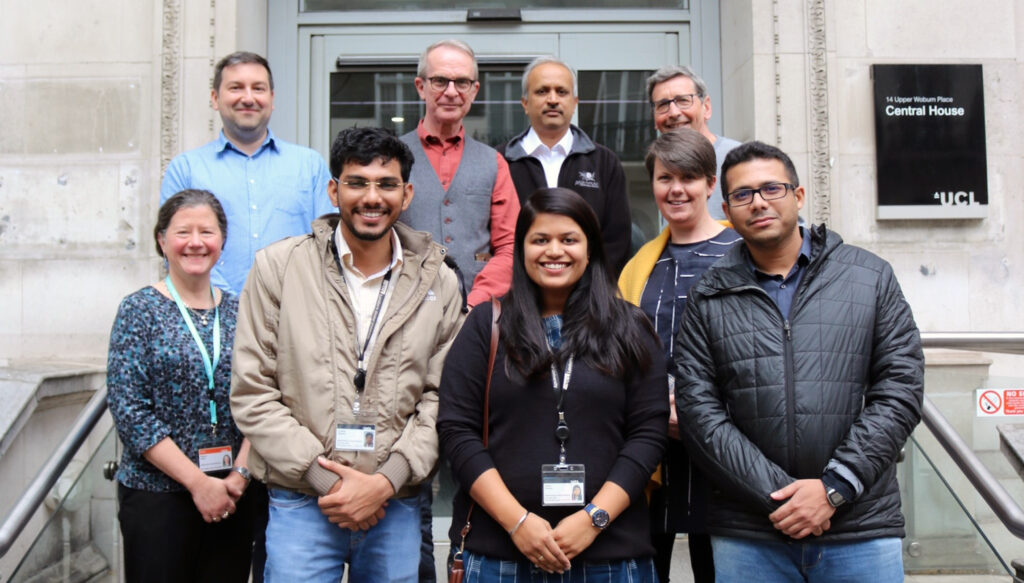 Over the past 7 years, the Building Stock Modelling team within the UCL Energy Institute has developed a suite of GIS tools to combine data from a wide range of disparate sources to create a data-rich 3D model of a city known as 3D Stock. This is combined with SimStock, a modelling platform which has been developed to generate dynamic thermal simulation models of the city based on the EnergyPlus simulation engine. Together these tools allow the energy consumption of a city to be explored from the individual building to the city scale. The course focussed on applying these tools to build a demonstration model of a section of Camden High Street. During the week the team was also able to visit project partners, Bentley Systems, to explore how their reality mapping capabilities can be used to enhance the model.

The complexity of the tools being explored, and the short course format made for an intensive but very enriching week of study. Through it the participants developed a detailed knowledge of the tools and processes which they will be using to develop models for cities in India. Importantly, the training programme also allowed the relationships between the two research teams to be further strengthened and future model development plans to be refined.

“I expected initially was that we would be able to see the work done by the team at your end and just understand. But it went a lot beyond which was amazing, we did not just see and understand but we did a hands-on practice. We went one step ahead with it and working with the model which was practical and really helped a lot.” Himani Pandya

Did you find apk for android? You can find new Free Android Games and apps.